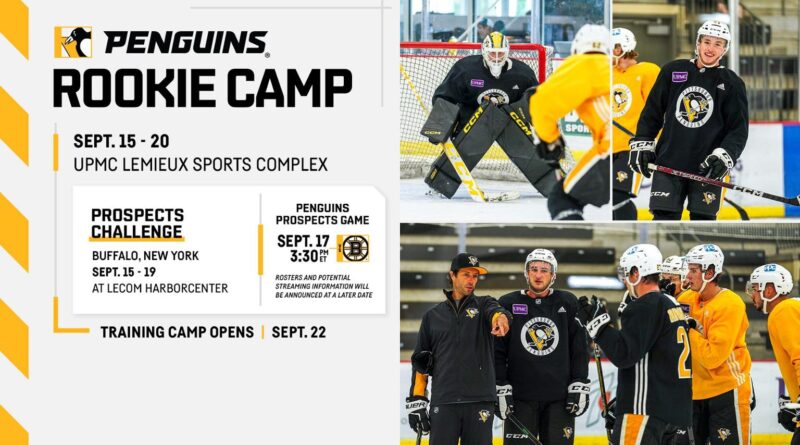 For the first time since 2019, the Pittsburgh Penguins will participate in the annual Prospects Challenge, held in Buffalo, New York. The tournament will run from September 15-19 at the LECOM Harborcenter.

The Penguins will play their lone game of the tournament against prospects from the Boston Bruins on Saturday, September 17th at 3:30 PM. Playing rosters, as well as potential streaming information, will be announced at a later date.

Pittsburgh’s participation in the Prospects Challenge makes up one day of the team’s Rookie Camp, which will take part from September 15-20 and be held at the UPMC Lemieux Sports Complex. Similar to Development Camp, this six-day camp will allow Pittsburgh’s younger players and prospects to get acclimated with the team and city, as well as provide additional on-ice instruction.

Following Rookie Camp, training camp will open with the first day of on-ice practice scheduled for September 22. A full schedule and roster for Rookie Camp and Training Camp will be announced at a later date.