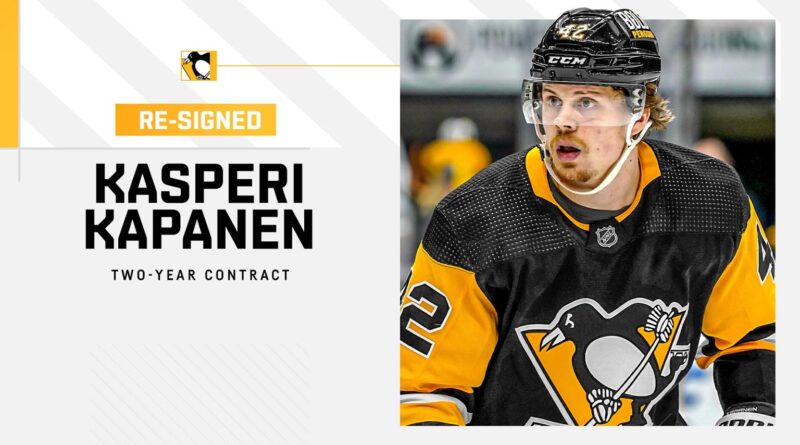 The Pittsburgh Penguins have re-signed forward Kasperi Kapanen to a two-year contract, it was announced today by general manager Ron Hextall.

The 6-foot-1, 194-pound forward appeared in 79 games for Pittsburgh this past season, finishing with 11 goals, 21 assists and 32 points marking his fourth-consecutive season eclipsing the 30-point plateau. He also set career highs in games played, power-play points (5) and hits (110), and recorded his first career hat trick on Nov. 6, 2021 versus Minnesota.

The 25-year-old Kapanen was the Penguins’ first-round draft pick in 2014 before being traded to Toronto as part of the Phil Kessel deal. He was re-acquired by Pittsburgh on August 20, 2020 after spending five seasons within the Toronto organization.

In 321 career regular-season NHL games, split between Pittsburgh and Toronto, Kapanen has 63 goals, 89 assists and 152 points. He has also appeared in 38 Stanley Cup Playoff games where he’s picked up 13 points (5G-8A).